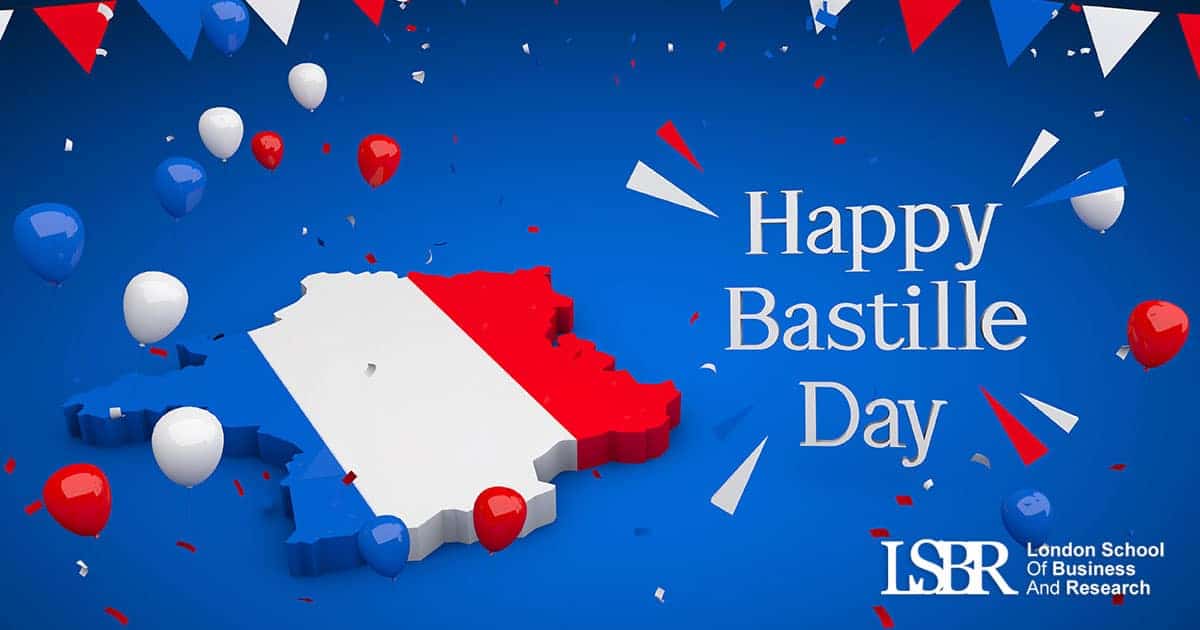 London School of Business and Research, UK wishes all its learners on Bastille Day – The national day of France

Bastille Day is the common name given in English-speaking countries to the national day of France, which is celebrated on 14 July each year.

The French National Day is the anniversary of Storming of the Bastille on 14 July 1789, a turning point of the French Revolution, as well as the Fête de la Fédération which celebrated the unity of the French people on 14 July 1790. Celebrations are held throughout France. The oldest and largest regular military parade in Europe is held on 14 July on the Champs-Élysées in Paris in front of the President of the Republic, along with other French officials and foreign guests

Bastille Day, in France and its overseas départements and territories, holiday marking the anniversary of the fall on July 14, 1789, of the Bastille, in Paris. Originally built as a medieval fortress, the Bastille eventually came to be used as a state prison. Political prisoners were often held there, as were citizens detained by the authorities for trial. Some prisoners were held on the direct order of the king, from which there was no appeal. Although by the late 18th century it was little used and was scheduled to be demolished, the Bastille had come to symbolize the harsh rule of the Bourbon monarchy. During the unrest of 1789, on July 14 a mob approached the Bastille to demand the arms and ammunition stored there, and, when the forces guarding the structure resisted, the attackers captured the prison and released the seven prisoners held there. The taking of the Bastille signaled the beginning of the French Revolution, and it thus became a symbol of the end of the ancien régime.

London School of Business and Research, UK once again wishes all its learners on Bastille Day – the national day of France