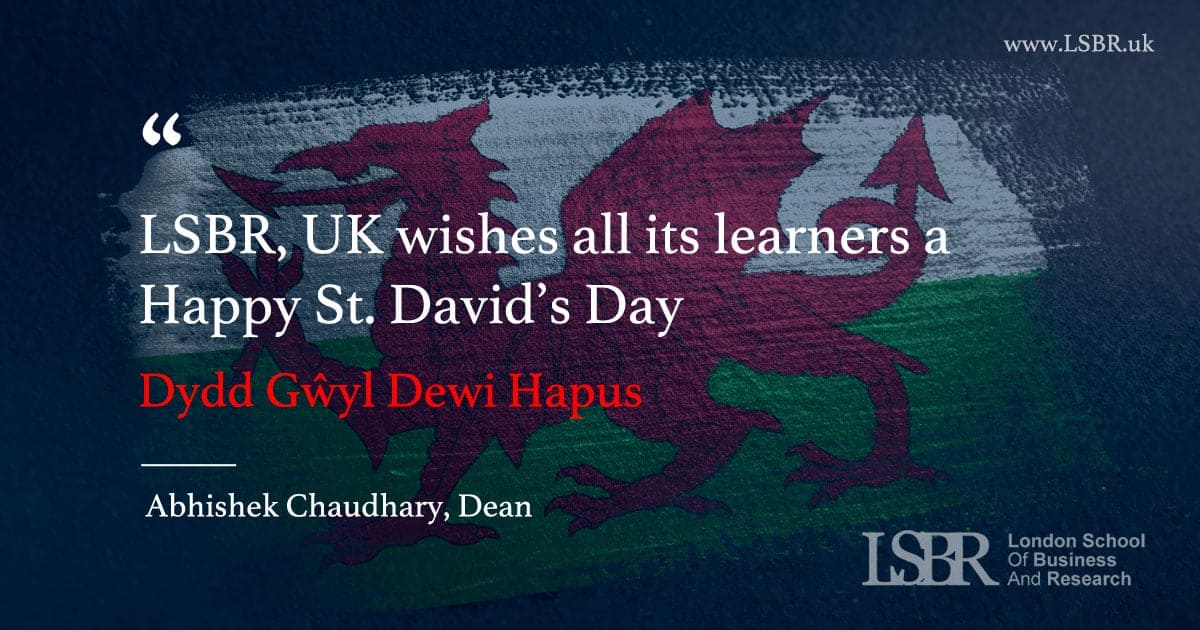 Happy Saint David’s Day (Welsh: Dydd Gŵyl Dewi Sant or Dydd Gŵyl Dewi) is the feast day of Saint David, the patron saint of Wales, and falls on 1 March, the date of Saint David’s death in 589 AD. The feast has been regularly celebrated since the canonisation of David in the 12th century (by Pope Callixtus II), in the UK. His final words to the community of monks were: “Brothers be ye constant. The yoke which with single mind ye have taken, bear ye to the end; and whatsoever ye have seen with me and heard, keep and fulfil.

Traditional festivities include wearing daffodils and leeks, recognised symbols of Wales and Saint David respectively, eating traditional Welsh food including cawl and Welsh rarebit, and women wearing traditional Welsh dress. An increasing number of cities and towns across Wales including Cardiff, Swansea and Aberystwyth also put on parades throughout the day.

For centuries, 1 March has been a national festival. Saint David was recognised as a national patron saint in the 12th century at a peak time of Welsh resistance to the Normans. He was canonised by Pope Callixtus II in 1120. The 17th-century diarist Samuel Pepys noted how Welsh celebrations in London for Saint David’s Day would spark wider counter-celebrations amongst their English neighbours: life-sized effigies of Welshmen were symbolically lynched, and by the 18th century the custom had arisen of confectioners producing “taffies”—gingerbread figures baked in the shape of a Welshman riding a goat—on Saint David’s Day.