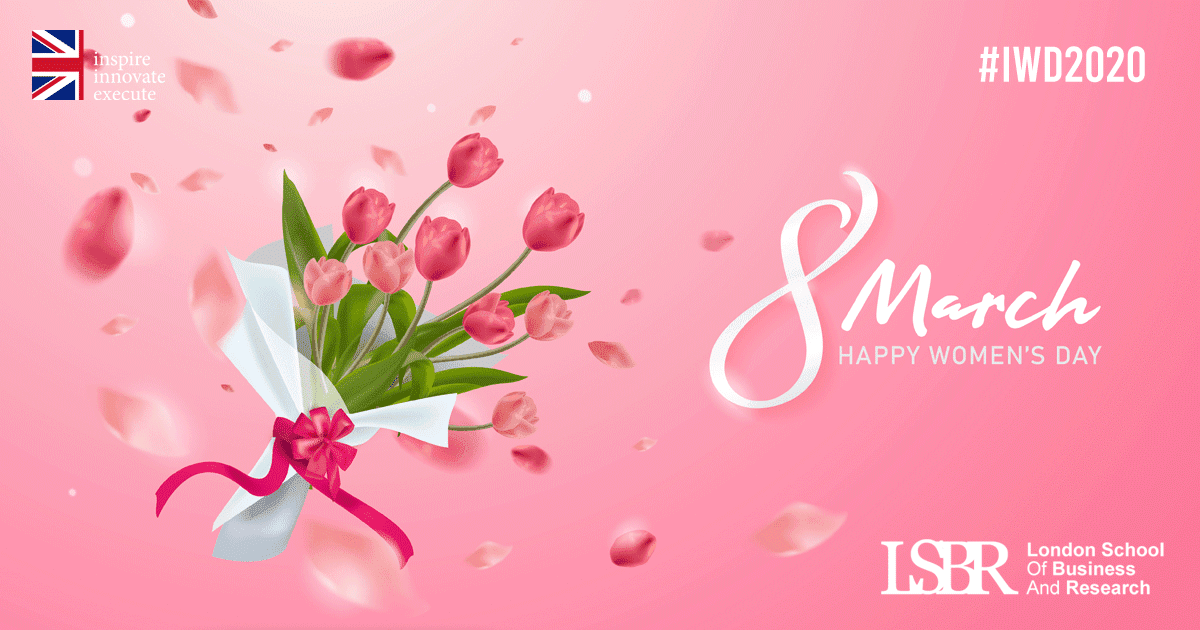 London School of Business and Research (LSBR), UK wishes all of you on this International Women’s Day 2020

International Women’s Day 2020 (IWD) is celebrated on the 8th of March every year. It is a focal point in the movement for women’s rights.

Commemoration of International Women’s Day today ranges from being a public holiday in some countries to being largely ignored elsewhere. In some places, it is a day of protest; in others, it is a day that celebrates womanhood.

On the occasion the International Committee of the Red Cross (ICRC) drew attention to the hardships displaced women endure. The displacement of populations is one of the gravest consequences of today’s armed conflicts. It affects women in a host of ways

After the Socialist Party of America organized a Women’s Day in New York City on February 28, 1909, German revolutionary Clara Zetkin proposed at the 1910 International Socialist Woman’s Conference that 8 March be honored as a day annually in memory of working women. The day has been celebrated as International Women’s Day or International Working Women’s Day ever since. After women gained suffrage in Soviet Russia in 1917, March 8 became a national holiday there. The day was then predominantly celebrated by the socialist movement and communist countries until it was adopted by the feminist movement in about 1967. The United Nations began celebrating the day in 1975.

The day is widely celebrated in France, as Journée internationale des femmes. To celebrate the day in Italy, men give yellow mimosas to women. Communist politician Teresa Mattei chose the mimosa in 1946 as the symbol of IWD in Italy because she felt that the French symbols of the day, violets and lily-of-the-valley, were too scarce and expensive to be used effectively in Italy.