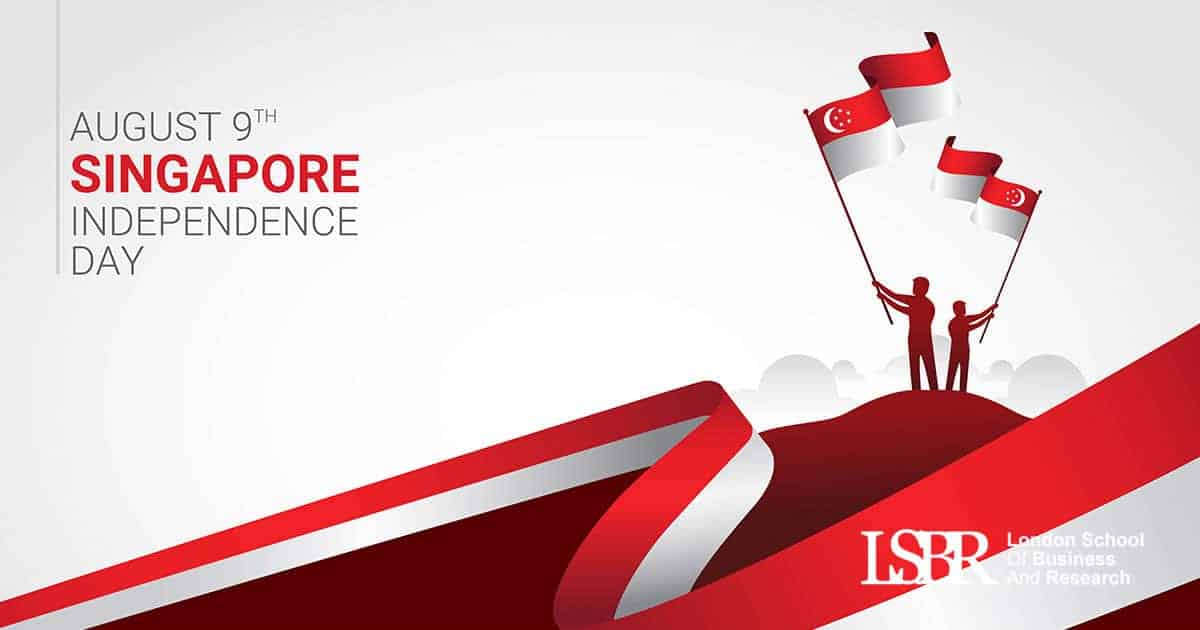 London School of Business and Research, UK wishes all its learners on Singapore Independence Day – The national day of Singapore

The Singapore Independence Day Message is an annual tradition since 1966. In each year’s recorded message, the Prime Minister of Singapore “examines domestic and global developments, reviews economic performance and outlook, and outlines national priorities and government plans as he inspires Singaporeans to move forward with a unified sense of purpose”

While Singapore Independence Day officially falls on the 9th of August, rehearsals for the occasion begin three to four months in advance, with preview shows on the two weekends leading to the celebration.

The Singapore story is well known—how it achieved independence in 1965 amid severe doubt it could survive at all with its tiny size and the lack of natural resources. Yet the island succeeded against the odds, deftly navigating its way through stormy waters of domestic turmoil, regional strife and international politics. It made use of every single advantage it had, emerging on the world stage as a major commercial hub, financial centre and global player.

London School of Business and Research, UK once again wishes all its learners on the Singapore Independence Day – the national day of Singapore