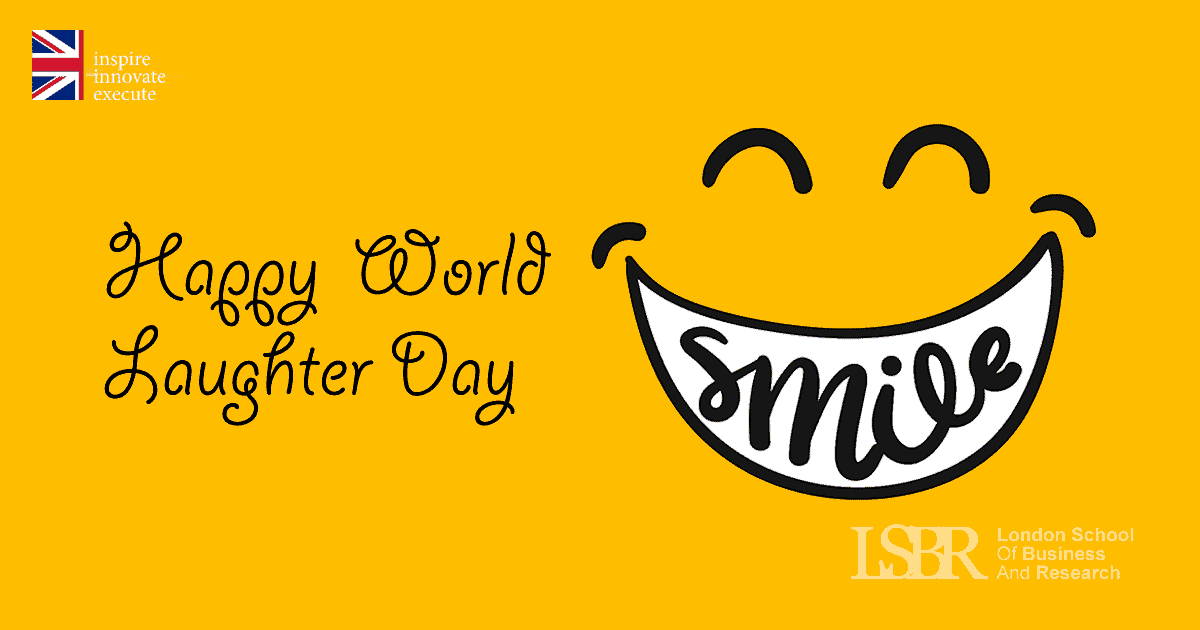 All of us at London School of Business and Research (LSBR), UK wish you a very Happy World Laughter Day

World Laughter Day takes place on the first Sunday of May of every year. The first celebration was on January 10, 1998, in Mumbai, India, and was arranged by Dr. Madan Kataria, founder of the worldwide Laughter Yoga movement. Positive and powerful emotion that has all the ingredients required for individuals to change themselves and to change the world in a peaceful and positive way.

The day is now celebrated worldwide

World Laughter Day was created in 1998 by Dr. Madan Kataria, founder of the worldwide Laughter Yoga movement. Dr. Kataria, a family doctor in India, was inspired to start the Laughter Yoga movement in part by the facial feedback hypothesis, which postulates that a person’s facial expressions can have an effect on their emotions. The celebration of World Laughter Day is a positive manifestation for world peace and is intended to build up a global consciousness of brotherhood and friendship through laughter. It is most often celebrated by gatherings of people in public places with the sole purpose of laughing. Its popularity has grown exponentially with that of the Laughter Yoga movement now counting thousands of Laughter Clubs in more than 105 countries.And now it is celebrated worldwide.

London School of Business and Research celebrates World Laughter Day every year on the first Sunday of May.  On this day laughter events are organised by the students and the administration.  Many standup comedians are invited to lighten up the atmosphere and the entire atmosphere is filled up with laughter and fun.